The History of the Volta Tower

The Volta Tower was a building in the town of Finedon, England built in 1865 by Mr. William Mackworth-Dolben. He built the tower to commemorate the death of his son, William Digby, a naval officer, who drowned at sea in 1863 while serving on the ship HMS Volta. The tower stood far back with a long driveway in front, along Station Road in Finedon. Not much changed within the surroundings of the Volta Tower apart from the New Cemetery being constructed alongside in 1892. The tower sadly collapsed on 16th November 1951 after standing for 86 years. At the time of its collapse, Mrs. Florence Northen and her husband lived there. Mr. Northen was outside at the time of its collapse and survived but Mrs. Northen was inside and killed by the tower's collapse. It was discovered after its collapse that no mortar had been used at all in its construction, caused the untimely disaster. 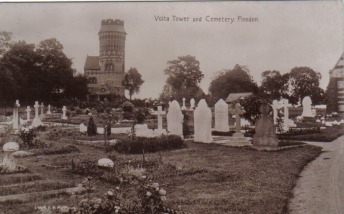 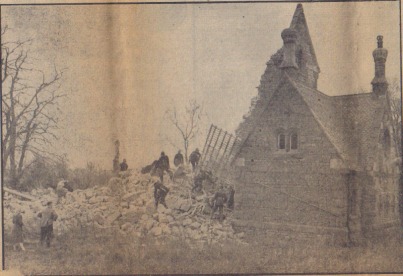